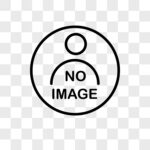 The Circle of Eight is based in the Flanaess, the easternmost portion of Oerik, and its chief purpose seems to be the preservation of the balance of power between the forces of Good, Evil, Law, and Chaos in the Flanaess, ensuring that one does not dominate the other for an extended period of time. To this end, the Circle often works behind the scenes, especially when aiding the cause of evil.

Despite claims to the contrary, the Circle of Eight does not rule the Free City of Greyhawk, though some of its members have simultaneously been members of the city’s Directing Oligarchy, Greyhawk’s governing council.

The Citadel of Eight

The Citadel of Eight was formed at some point after 561 CY, and was dissolved in 569 CY. Its initial membership was Mordenkainen (its founder) and Bigby, his apprentice. The two decided to form a group to attempt to maintain the balance between the extremes of Oerth. They recruited Robilar, Riggby, Yrag, Tenser, Serten, and Otis. The name of the group was based on their number and Mordenkainen’s Obsidian Citadel.

The group eventually dissolved for ideological reasons (in the case of Robilar and Otis), because of grudges between members (such as Tenser who blamed Mordenkainen for the death of Serten), or because of outright death in the case of Serten who fell in 569 CY fighting against the hordes of evil.

The Circle of Eight

The Circle was founded in 571 CY by Mordenkainen, from the remnants of the Citadel. The exact make-up of the eight has changed over time and has continued to remain somewhat of a secret to the general populace of the Flanaess.

In 576 CY, Otiluke, president of Greyhawk’s Society of Magi and member of the city’s Directing Oligarchy, joined the Circle. In 579 CY, Bucknard mysteriously disappeared, and was not replaced until 581 CY, when Jallarzi Sallivarian became the first woman to join the Circle of Eight.

Later in 581 CY, nearly six months after Jallarzi joined, the group met with tragedy when all its members, save Mordenkainen, were slain by Halmadar the Cruel, a former Shield Lands tyrant under the control of the fabled lich Vecna, who had somehow achieved godhood. Mordenkainen responded by assembling a group of adventurers to thwart Vecna’s plans, and was able to recover the remains of his allies and clone them. The cloning took some time, which could otherwise have been used to prevent the Greyhawk Wars.

By 584 CY, the Circle was fully restored and working toward an end to the Greyhawk Wars. On the eve of the day when all parties involved were to sign the treaty bringing the wars to an end, Otiluke, Tenser, and Bigby discovered a plan by the Circle’s own Rary to slay all the assembled diplomats via a great magical trap. Unfortunately, Rary witnessed their discovery, and a great magical battle ensued, resulting in the deaths of Otiluke and Tenser, and severely wounding Bigby, who was unable to pursue Rary as he escaped. Word later came that Rary’s allies, among them former Citadel member Lord Robilar, had ensured Tenser’s and Otiluke’s deaths by destroying every clone they had prepared for such an incident. Rary and Robilar fled to the Bright Desert, southeast of Greyhawk, where they established the Empire of the Bright Lands.

By 586 CY, the Circle had returned to its full membership of eight plus one. Though Tenser had been returned to life, via a clone he had hidden on one of Oerth’s two moons, he had no desire to rejoin the Circle. In his, Rary’s, and Otiluke’s place stood Warnes Starcoat, Alhamazad the Wise, and the high elf Theodain Eriason, the Circle’s first non-human member.