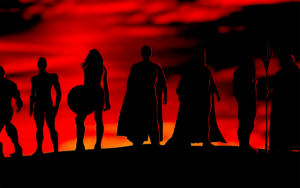 This chest is heavier than it should be…

Rainier couldn’t help but feel like it wasn’t his tired arms… maybe it was his conscience.  He wasn’t hugely surprised when Fastion killed the prisoners, he must come from a place of brutality, he thought.  Still, the trinkets inside were meant for someone… and the idea that they were taken from the two people outside the cave was… peculiar.  Rainier couldn’t shake the memory of what the bowman said to him before he died, “She told us to meet the others on the slopes of Balor”, and “Tell her we passed them on.”

Holding the chalice in his free hand, he looked over at young Minoru, whose concentration was focused on the circlet.

She sees what none other can.  Perhaps she will see the good in all this…

Minoru supposed she should feel bad about Fastion summarily executing the mercenaries who had surrendered…but she found she couldn’t.

These men and women had prisoners they didn’t need to kill, kept captive in a cave…and killed them anyway. And not for an ideal, like justice, but for…money.

She wasn’t sure she could do what Fastion did…but she was pretty sure she wasn’t going to object when he did. Minoru knew better than *anyone *that karma was a real thing…and the mercenaries had discovered that truth at the edge of Fastion‘s blade.

The adventurers can stem the tide of enemies flooding the town by fighting at the entrance to the old tunnel. If the adventurers win they will be heroes to the dwarves.

The heroes arrive in Frostfire to much fanfare